The Fortune Book Club Book Review: What Got You Here Won’t Get You There

Marshall Goldsmith is a long serving and well renowned executive consultant that specialises in helping great achievers become great leaders. In order to share his knowledge with a wider audience, Marshall wrote What Got You Here Won’t Get You There to highlight the 20 workplace habits you my be employing that are likely stifling your chances of moving up the career ladder.

Although I’m not in a leadership position, and currently don’t desire to be, what attracted me to What Got You Here Won’t Get You There was the book’s focus on success – the book just happened to be aimed at a different audience. As a result, I don’t think you need to be in a leadership or management position in order to benefit from the book.

It’s clear that Marshall Goldsmith knows what he’s talking about and that he practices what he preaches. The points in the book are supported by an abundance of examples that usually involve CEOs/CFOs/COOs at global companies, as well as stories from his own personal life.

These examples help to explain the importance of the interpersonal misdemeanours outlined in the book, however, I quickly got tired of the needless name dropping and blatant egotism that came with them. My eyes began to roll when I read yet another example that described his client as ‘leading‘, ‘major‘ or ‘prominent‘ or included ‘a fortune 100 company’ as part of the preamble. This additional clarification of the calibre of his clientele serves little purpose after the first handful of examples and is instead a demonstration of unnecessary bragging (to a level that is woefully similar to the shameless gloating that made up Networking For People Who Hate Networking).

That said, the content of the book is both interesting and, most importantly, actionable. The 20 interpersonal habits that are at the core of the book are clear annoyances that are often times subconscious character flaws, of which I’m certain I fall victim to at least half. As such, the book was beneficial in pointing out what I’m currently doing wrong.

But it was only somewhat useful in pointing out what I need to do to fix them. The go to fix appeared to be either do nothing or simply say “Thank You”, which isn’t necessarily always applicable. In an argument with a disgruntled friend/family member/colleague, for example, doing either nothing or saying “Thank You” could actually further escalate the situation rather than de-escalate it.

It therefore comes across that Marshall’s role is little more than helping his client find a problem and riding them for a year or two until they fix it themselves. This is most likely a massive understatement and perhaps a bit more content could have been dedicated to further explaining his coaching method.

Moreover, while I found a lot of value in the interpersonal habits themselves, this only amounted to 64 pages or 28% of the book. The majority of the book’s emphasis was on how to fix these flaws and better deal with subordinates. This was obviously not of use for me, but could very much be use for you if you’re in a leadership position so I encourage you to take this criticism with a pinch of salt.

However, while this review may appear overtly negative I do want to reiterate that I enjoyed the book. With the arrogance turned down a notch, slightly more detailed fixes and perhaps better relevance to myself (my fault not his), the book could have been a 4/5 – instead its an adequate 3/5.

Start putting some of the actions from What Got You Here Won’t Get You There in place and start seeing results in both your personal and professional lives. 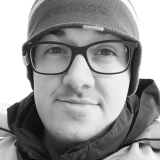